Anyhow recently finished an Empress 20mm Cold War SAS figure, these are on the tall side in line with the rest of the range. 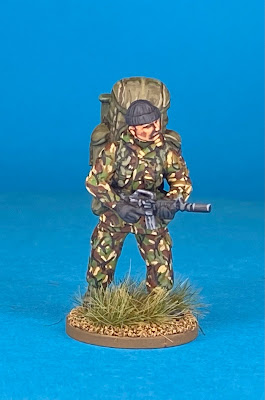 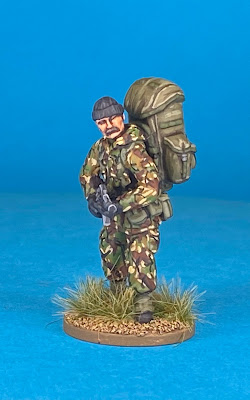 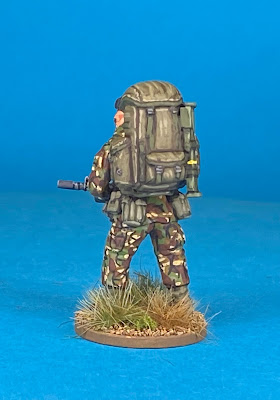 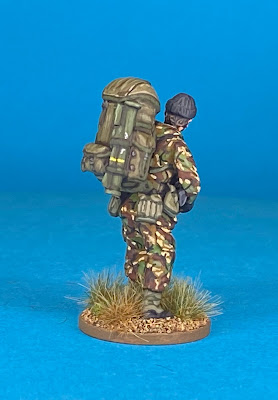 Email ThisBlogThis!Share to TwitterShare to FacebookShare to Pinterest
Labels: Falklands

Here’s the link to my recent YouTube video, an AAR on the raid on Top Malo House

Just recently got these guys finished, Liberation Miniatures, led by a Captain, the troop consists of 4 x 4 man patrols, here's a link to my YouTube channel video on these figures

The Troop, I've an option to add a radio operator to go with the commander if I wish 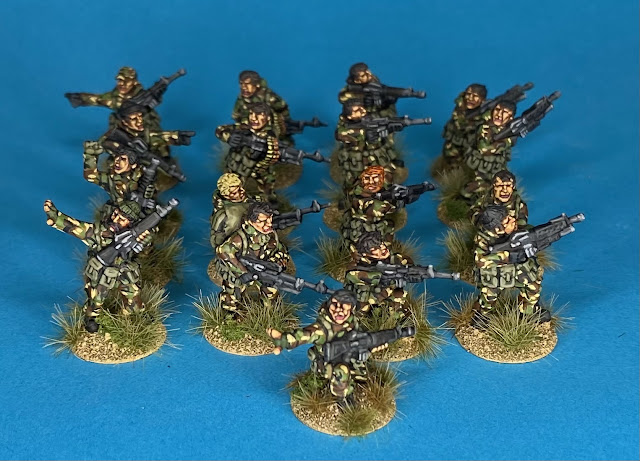 Close up of the Commander 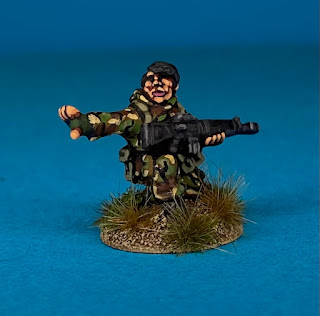 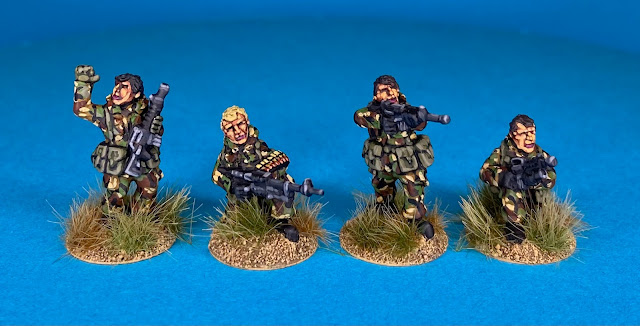 Here's the link to my latest video showcasing my 28mm Late War Germans.

This is an update on what I've been doing with the 20mm Falklands project recently, I've finished off the 3 coastline terrain boards, so got the sea painted and the terrain on, finished it off with gloss polyurethane varnish on the sea areas, quite pleased with how its turned out. 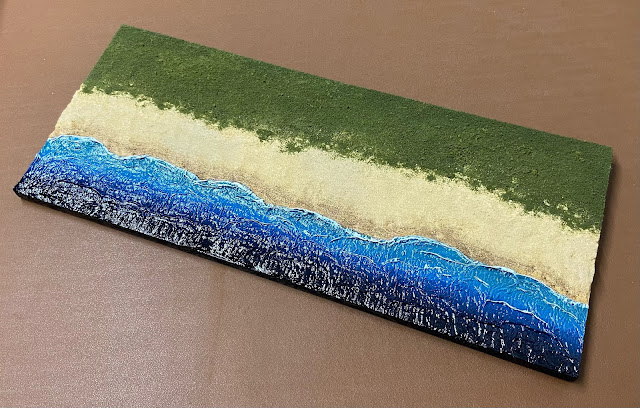 I'm ideally wanting to put on a 20mm Falkland demo game at some local shows this year with it being the 40th anniversary of the war but I'll have to see how it pans out.

Regular readers will know I'm keen on a Pebble Island scenario and I've been collecting some suitable 1/72 aircraft kits, I've also started on an SAS force. To keep things doable it'll be a Troop comprising of 4 4 man patrols and fairly generic for the period. I've kept the patrol organisation the same across the troop and it consists of a troop leader, a GPMG gunner, a trooper with either M16 or SLR and a trooper with an M16/M203 combination.

Here's a photo of the look I'm going for 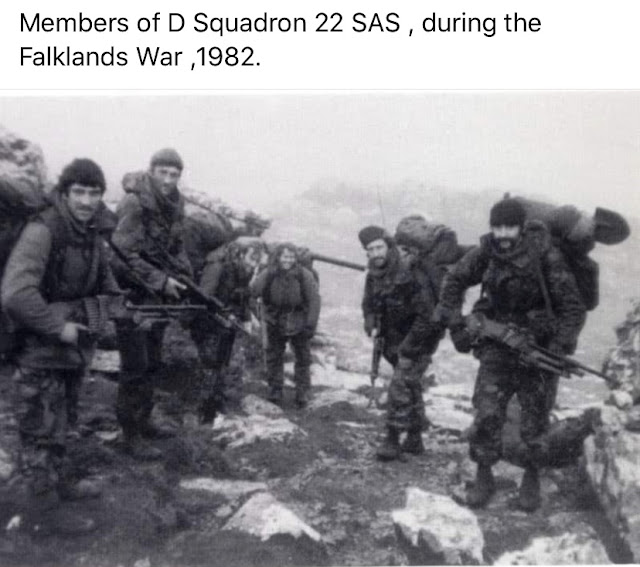 I've stuck with Liberation because I really like the figures, here's where we are at the moment 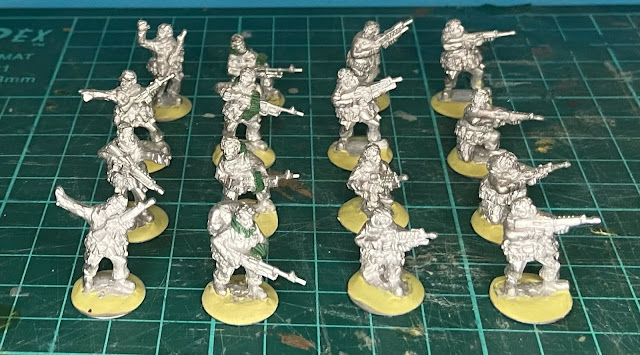 The 4 Troop Patrols from left to right, a Leader/NCO figure, GPMG Gunner, M16/M203 guy and a trooper with either M16/SLR, I've done some minor alterations, adding flash eliminators and ammo belts to the GPMGs, some hoods to alter the combat jackets to arctic smocks/windproofs and some pouches to some figures, done with green stuff and plastic rod.

Some images of the minor conversions on the figures 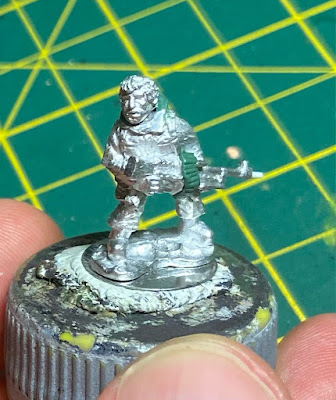 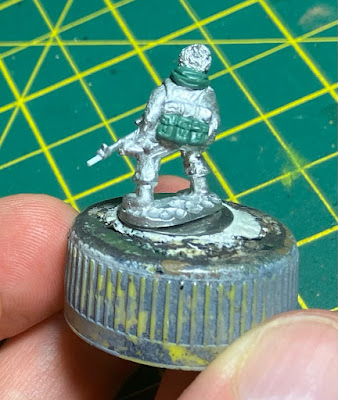 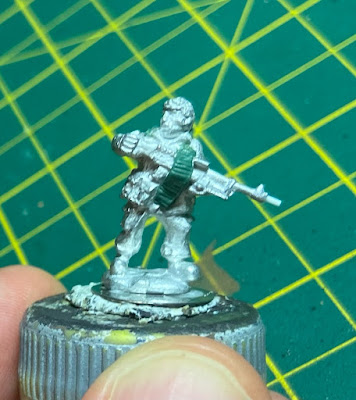 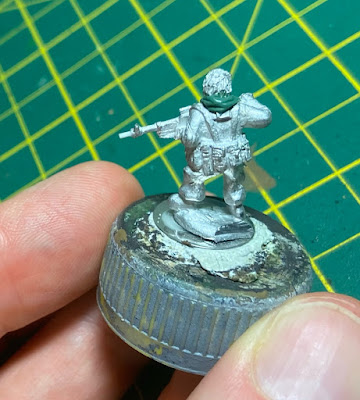 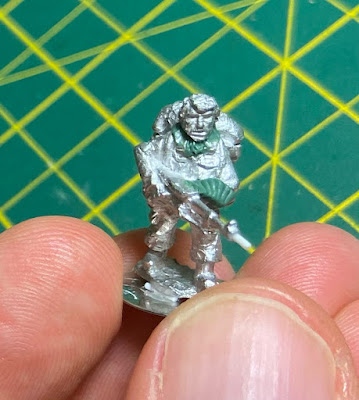 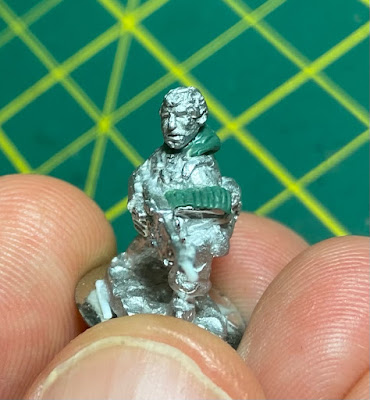 So that's where we are at the moment, I'll also be putting videos up on Dougie's Wargaming Blog Show as well as on here.